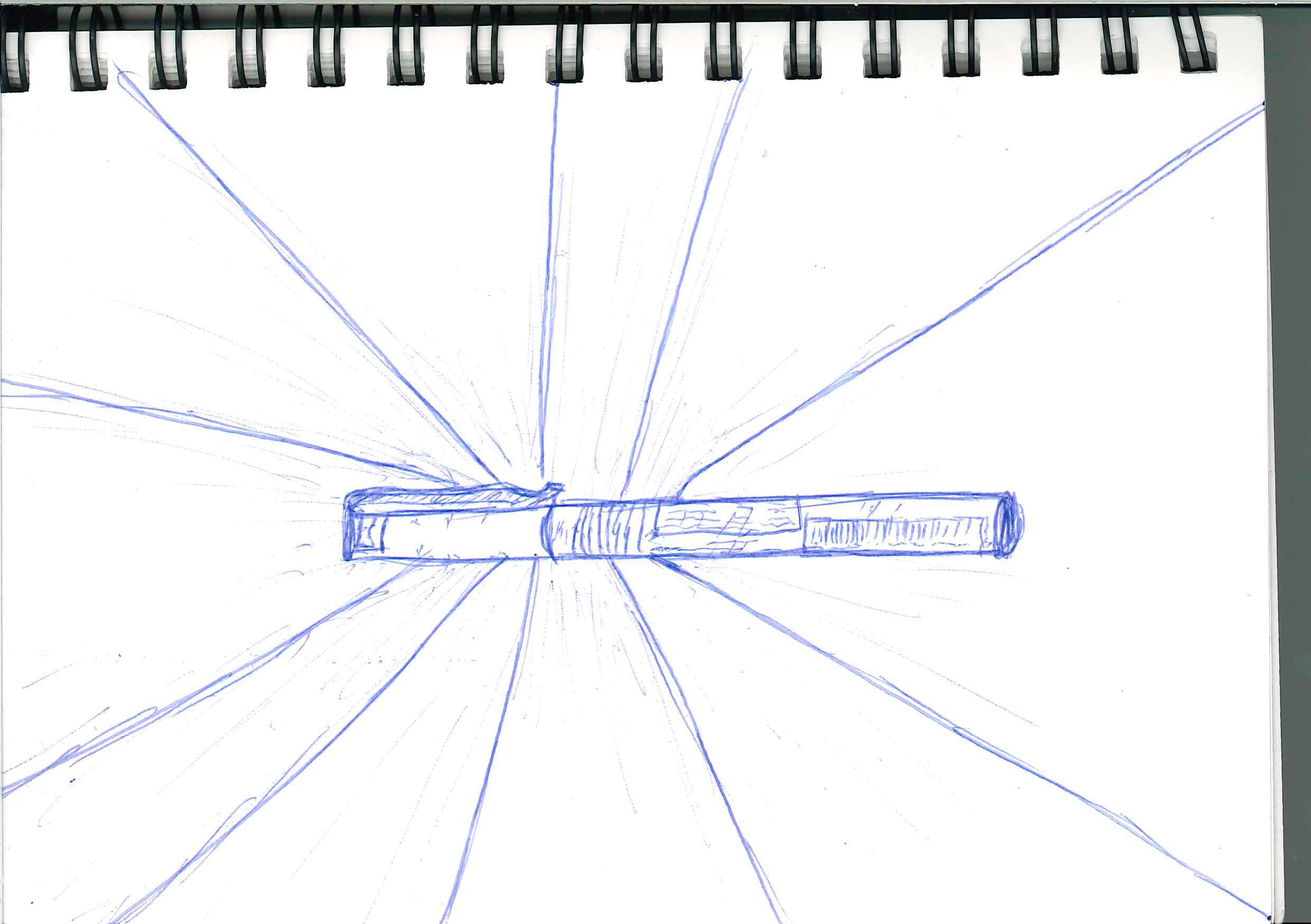 He made them to make us unhappy. Imagine for a second they didn't exist. You created art on a piece of paper using your favourite pen and that was it. It was solid, complete and unchangeable. Like carving into stone.

One would have to except what is placed in front of them even though it is nothing like what was in the minds eye.

I wonder if it would change inhibition. Would it lead to a glorious paradise of self expression or more likely death and fixation on what is on this years "10 hottest artists".

Probably neither. We would probably still dig up coal and send it to china and still get reruns of Happy Days while we gorge ourselves on pig fat arguing the latest footy scores. Sorry sorry back on point.

That's why I find it is useful to abandon the pencil and eraser in my sketchbook. I scribble and over scribble and create piling messes of black and blue ink that I would (strikeout would) am embarrassed to share with my partner, the closest person to me on earth.

But there is also relief. Not initially of course. To start off with those extra lines and those misplaced eyes will make you feel stupid, make you feel like putting down that pen.

Keep drawing. Keep plugging away. But don't and I mean don't reach for the eraser. Let those ideas just flow out of you. Imagine this is step 1 on a 20 step course to create an artwork.

The erasing comes later. Writers talk about the initial draft being a whirlwind of typing and typos, about a lack of inhibition and just getting it down. This is the visual art version. Clean up and precision come later.

Out of 10 pages of scribble you might strike it rich and jot something down that feels right. Follow that thread and after you have revised it over and over and you know what you want, then is the time to reach for that eraser.

Your sitting there maybe thinking what the fuck do I know? Nothing. Probably less than you. But maybe this will be just the advice you need to crack that fear and getting drawing. Or maybe your just a lazy bastard forever on the couch thinking "I could draw/write/create something better than that, but I just can't be bothered".